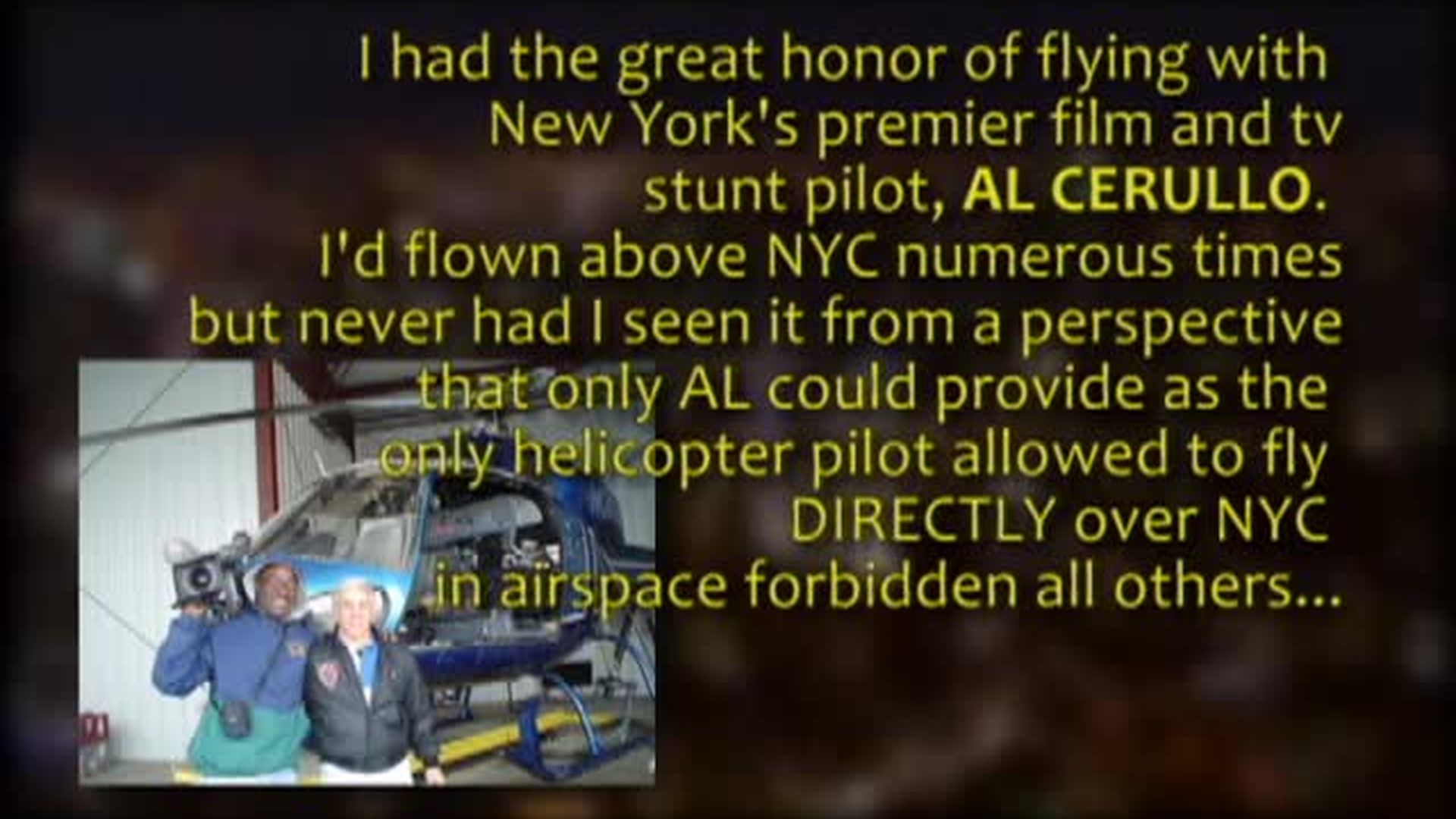 Al Cerullo is a world class aviator with over 30+ years of experience. He currently runs Hover-Views Unlimited which is the premier aerial cinematography service on the East Coast, serving mainly the New York area. His numerous credits include breathtaking cinematography in film, television and commercials. I had the great honor of flying with New York's premier film and television stunt pilot.
http://www.hoverviews.com/