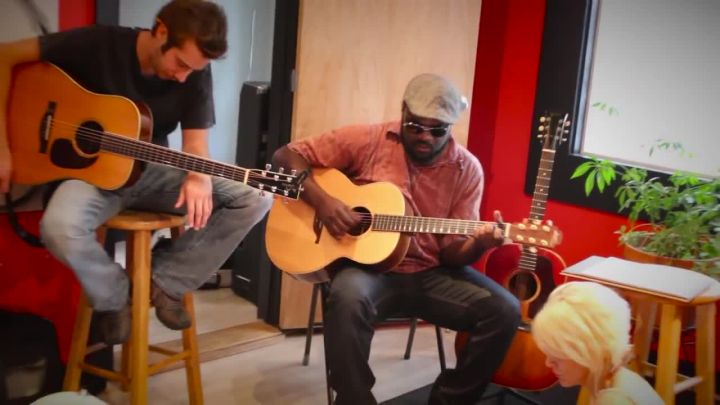 Tommy Sims at rehearsal at Lyricanvas Studios in Nashville, TN. |  ABOUT TOMMY SIMS: From 1987 to 1989 he was the bassist of the popular Christian rock band White Heart which he left to become a studio musician and producer. During 1992-1993, he played bass on the Bruce Springsteen and the "Other Band" Tour. He is also a songwriter, who co-wrote Eric Clapton's "Change the World" which won the Grammy Award for Song of the Year in 1997. Other songs of his have been recorded by Bonnie Raitt, Susan Tedeschi, Garth Brooks, Cher, BlackStreet, Toni Braxton and BabyFace among others. Tommy has also worked with Michael Bolton, Amy Grant, Kelly Clarkson, Carman, CeCe Winans, Israel, The Neville Brothers, Michelle Williams of Destiny's Child, and others.