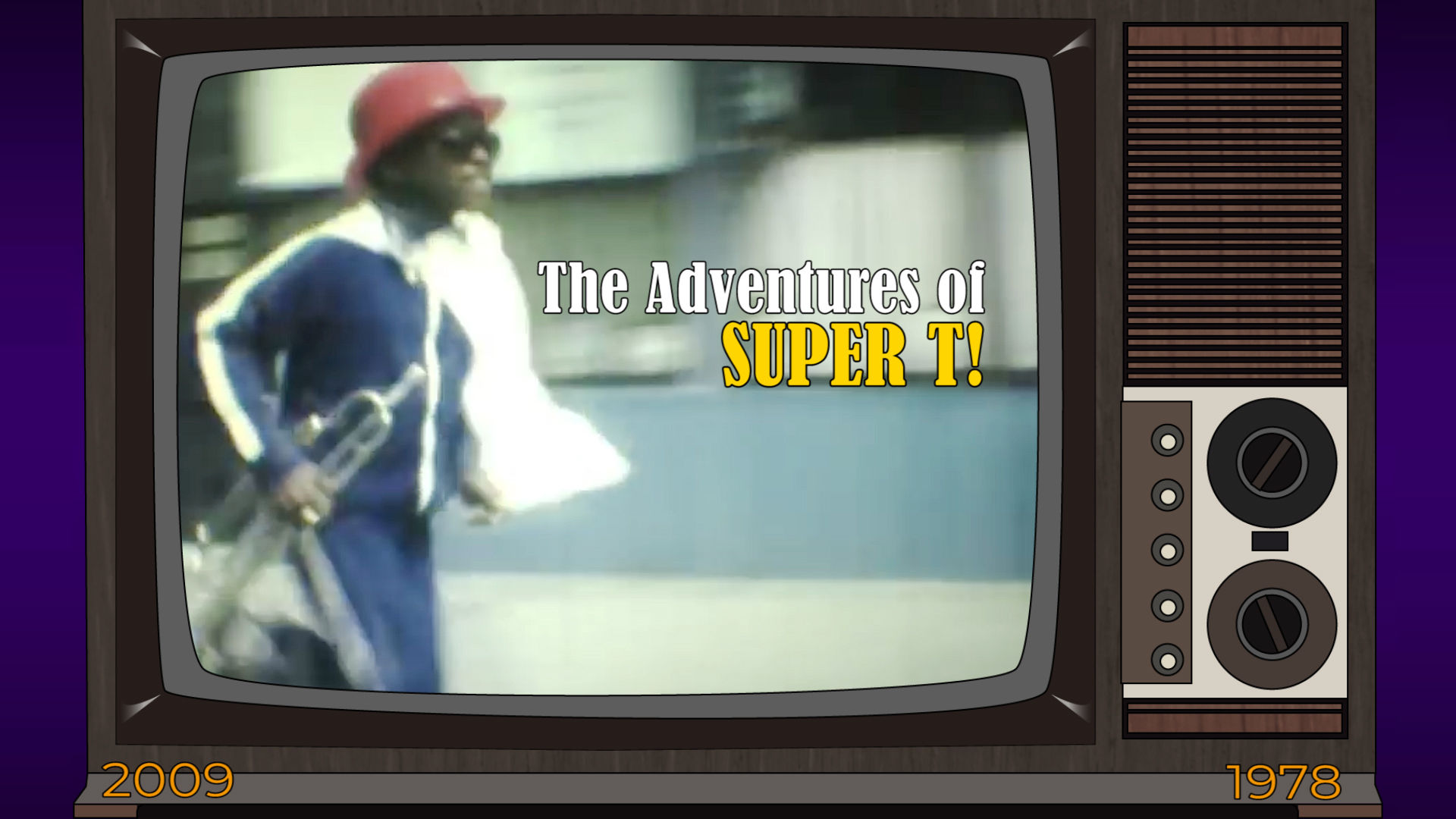 
Mild mannered Vinnie M., alerted by the city police commissioner, takes on the task as superhero, SUPER-T, tracking down a bank robber who just robbed the local bank. The interesting thing is that 11 year old Vinnie Adams plays all four roles in this comedic short film.

The Super 8mm silent film was submitted to syndicated TV show, "KIDSWORLD" in 1978 and was accepted and licensed for $100. Creator, Writer and Director Robin C. Adams was in high school at the time, later moving on in life to become the co-founder of FOOTPRINT Network in 2015!