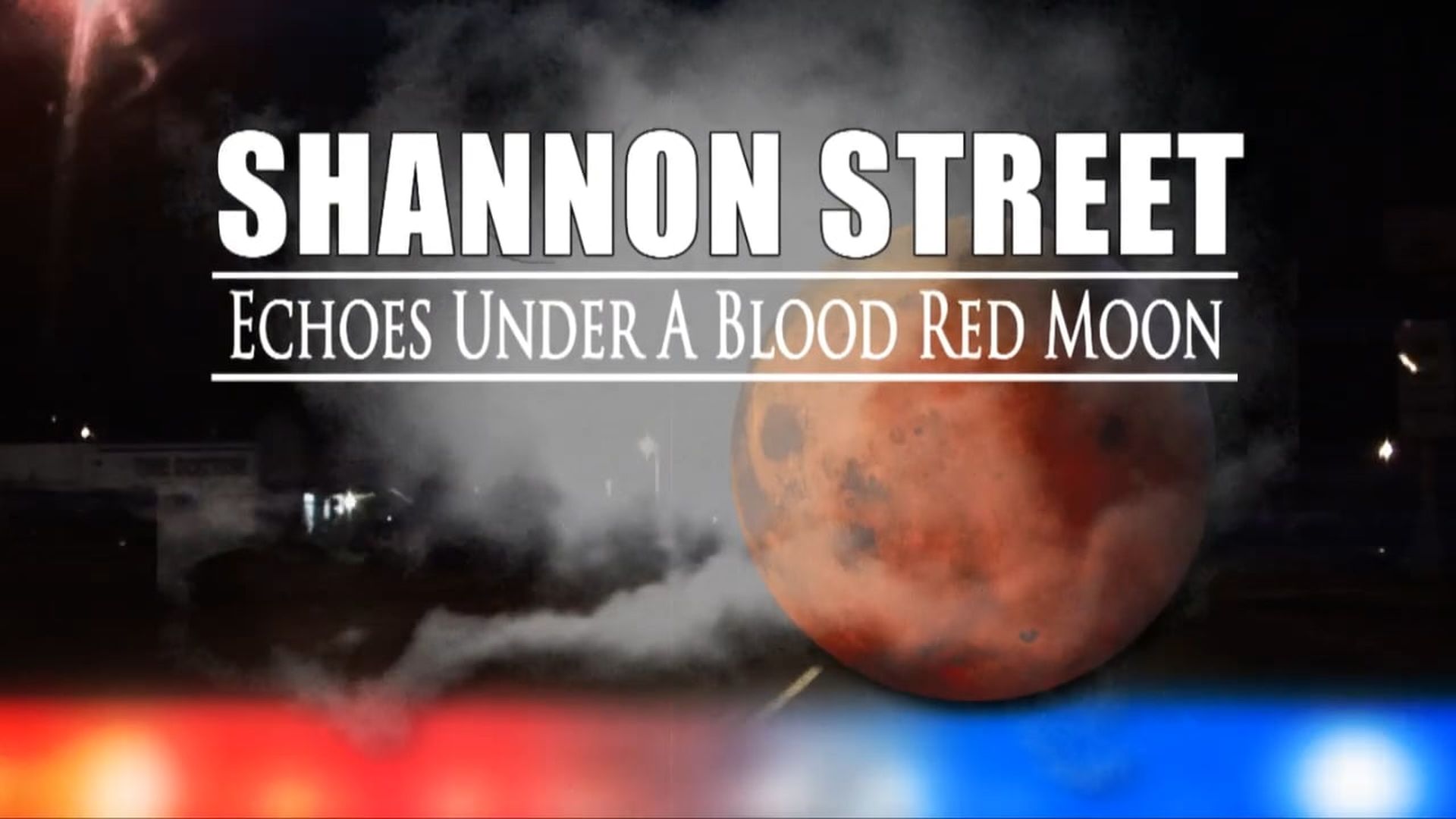 This Documentary will forever change how you view Community and Police Relations in America. The reverberation of the continuous spirit in 1983 on Shannon Street in Memphis Tennessee can be found in many cities in U.S. communities of 2017. The sheer number of deaths in this one home, including the manner and reason in which they occurred may never be duplicated but a solution has to be resolve. On January 11th, 1983 two Memphis Police Officers responded to a disturbance call on Shannon Street at the residence of Lindberg Sanders. One Officer could escape the physical horror levied upon his partner but not the screams forever carved into his mind. Described by his wife only days before he lead this blood curling hostage taking as "needing to be admitted into a mental institution", Sanders and his "Blood Red Moon" occult, tortured and beat one of the Officers to death. Compounding the hostile hostage taking was the real time sounds of this officer's demise and chilling pleads for his life over his police issued radio. In a destiny proclaimed barricade Sanders aka "Black Jesus" and his six followers wreaked hell on their captive for roughly two days. Unanswered questions remained for years to follow as to why wasn't a tactical unit deployed sooner to try to retrieve the officer. The Documentary gives firsthand accounts of the mental anguish posed to the officers on the outside of the home as their minds pendulums swung back in forth over the line of what was right and what was justice once surely entering the home. There would be no survivors as each "Blood Red Moon Worshipper" was shot in the head bringing the deceased total to eight in the Shannon Street home.

Law Enforcement Officials and family members of the deceased occult members share thoughts of how this situation may have turned out differently had there been adequate training provided for the officers involved in the unfolding of this tragedy and proper mental health care for occult leader "Black Jesus" and his followers.