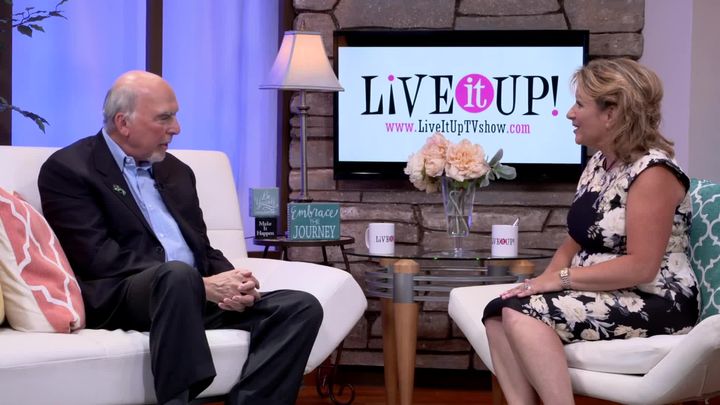 Rick Dobbis, Former Sony Music President, On Live It Up With Donna Drake

We are so happy to have had former president of Sony Music International on Live It Up! with Donna Drake! By starting as a science major in college, Rick realized his heart called him to music. Admitting to not being the best musician, Rick realized that perhaps he should look at the other part of the industry: business. By hot pursuit for a music business job, Rick first got an entry level job at CBS Records.

Perhaps one of the most memorable moments for Rick was working closely with The Rolling Stones, U2, and other celebrated acts. "It's been an honor to do that work," says Rick, and that it was "a fantastic way to spend a long period of my life."

Nowadays, Rick My KaZoo TV "as a platform for artists that creates music for kids and families that is original" with a "fresh perspective". A truly unique music collective in the industry, Rick has plenty of projects under his organization.

Additionally, Rick formed R-Dog which is "a global independent company involved in various entertainment related activities, including children’s entertainment, TV projects, and artist representation, with clients ranging all the way from the Rolling Stones to Yanni."

To be featured on Live It Up TV With Donna Drake, visit http://www.liveituptvshow.com and email Drake Media at info@liveitupshow.com