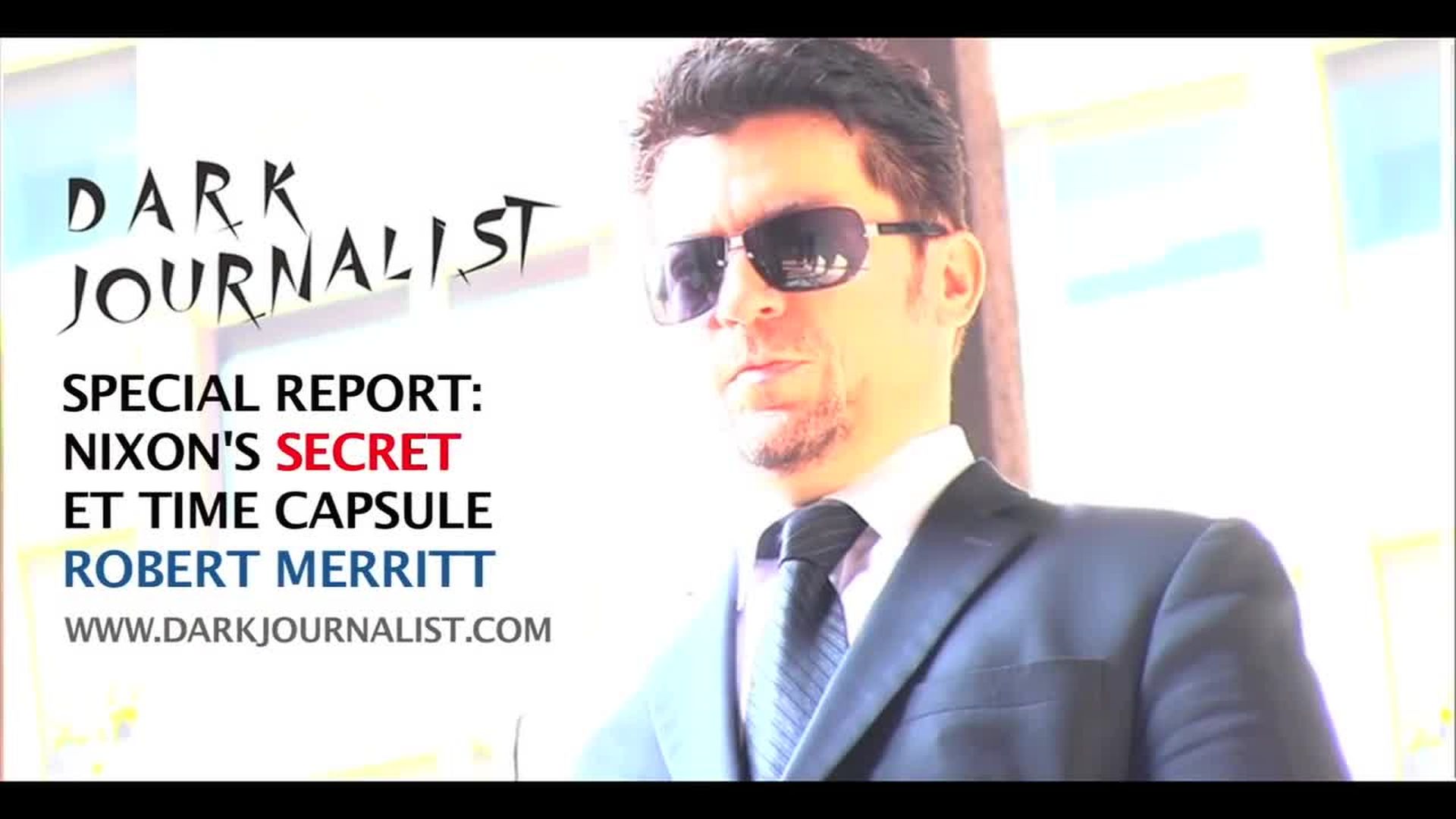 NIXON HID TIME CAPSULE WITH TOP SECRET INFORMATION IN THE WHITE HOUSE AFTER WATERGATE BREAK IN!
President Nixon revealed to Merritt a Special Message that Nixon Read to him aloud before sealing it in the White House for later generations to learn the Truth. The letter contained information that the United States had obtained and had under its protection an ET Being. Scientists at Los Alamos eventually learned to communicate with the Being and developed vast knowledge from this interaction which helped them to achieve Advanced Technology and Science.

NIXON TOLD MERRITT TO DELIVER A COPY TO HENRY KISSINGER
In a late night meeting deep beneath the White House President Nixon taped a package containing the letter to Merritt's stomach and asked him to act act as a covert messenger to deliver to National Security Advisor Henry Kissinger. Nixon told Merritt that only he and Kissinger knew of the letter's existence and it should not fall into the hands of the FBI or the CIA.

Nixon developed a great trust with Merritt who he had assigned as an undercover operative to the Ultra Secret Huston Plan Program, a Covert Intelligence Unit run right out of the White House to perform Black Ops and Surveillance against Nixon's Political enemies. During his long history of Clandestine work for Intelligence Agencies Merritt was developed as a Covert Agent and a Sex Operative to get compromising material for Control Files to Blackmail Senators and Congressmen. Merritt had been used by the CIA, FBI and the ATF as an Deep Undercover Informant and found himself under the spotlight during the Watergate Hearings and was later featured in the New York Times. Eventually Merritt was forced to go underground and to keep silent in order to stay alive.

THE SPECIAL NATIONAL ARCHIVES LETTER
In a special twist on behalf of Merritt, Former Watergate Lawyer Douglas Caddy has sent a letter to the National Archives with the promise of directions to President Nixon's ET Time Capsule that Merritt is convinced is still where Nixon placed it in 1972.

The conditions laid out in the letter instruct the National Archives they can take possession of the letter when it's found as long as they read it aloud when it's discovered and distribute openly it to the public.

A Blockbuster of Deep State Revelations on The UFO File Government Secrecy and Hidden Messages, you don't want to miss this Explosive and Ground Breaking Dark Journalist Episode!


For The Record:
Robert Merritt has courageously endured electronic interference and technical issues since coming forward with his revelations over time. It should be noted that any agencies that try to suppress the story will actually end up giving it more attention and greater coverage.