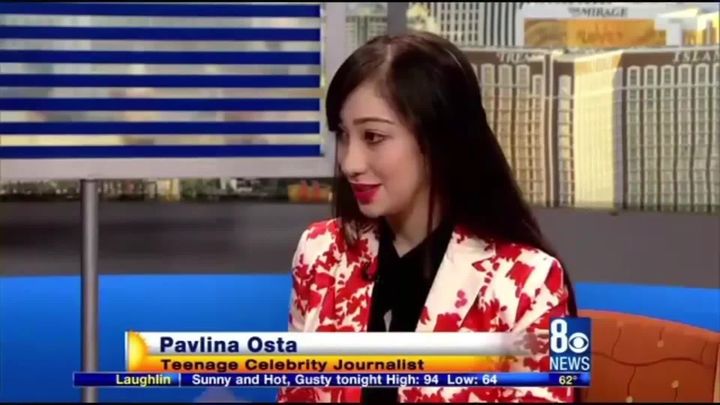 Pavlina Jaine Osta, born September 26, 1997 is recognized simply as “Pavlina” to celebrities in the know, booking agents and industry moguls alike. Recognized for her swift and fun interviewing style and flowing, deep chestnut waist-length hair, this engaging teen radio and talk show host has been landing her own interviews with the world’s notable superstars, athletes and newsmakers on and off the red carpet since the ripe young age of 11.

Seeking out all her interviews on her own, Pavlina’s extensive list of interviewees include entrepreneur visionaries such as Steven Forbes, popular music celebrities and musicians including Carly Rae Jepsen, FUN, and The Wanted, along with professional athletes including the NBA’s Shaquille O’Neal , Vince Carter and broadcast legend Katie Couric. To date, Pavlina has completed over 250 celebrity interviews, which air Saturday mornings on Pavlina’s Kidz Place and are broadcast on her YouTube Channel, Pavlina’s Music.

Outside of proving herself as accomplished celebrity entertainment journalist and radio/talk show host personality, Pavlina is also a talented ballet dancer, steel drum performer, National Girl Scout Delegate, philanthropist and political enthusiast. Pavlina has been employed as a Page in Tallahassee, Florida with the House of Representatives in 2010, 2011 and 2012 and with the Senate in 2013, adding government officials to her extensive list of notable interviews.
Pavlina is currently the Junior Editor for I Am Entertainment Magazine as well as a columnist for Full Access Magazine and New Smyrna Observer. 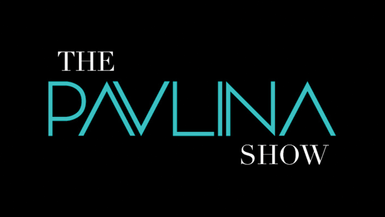