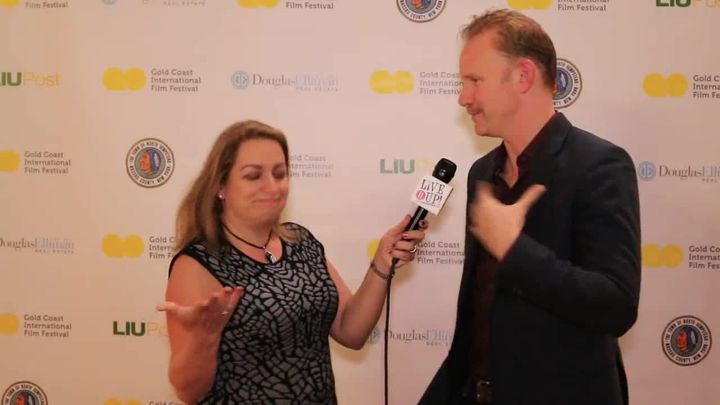 Morgan Spurlock, an award winning writer, director and producer at the auditorium at Long Island University-Post for "An Evening With Morgan Spurlock", part of the 5th Annual Gold Coast International Film Festival. Spurlock, who is also the president and founder of a full-service New York-based production studio, Warrior Poets, screened his newest film, "Crafted," .

Other films of note? Super Size Me premiered at the Sundance Film Festival in 2004 where it won Best Directing honors. The film went on to win the inaugural Writers Guild of America Best Documentary Screenplay award, and garnered an Academy Award nomination for Best Feature Documentary. During the evening, he was also presented with an Artists of Distinction in Film award by the Gold Coast Arts Center/Gold Coast International Film Festival.