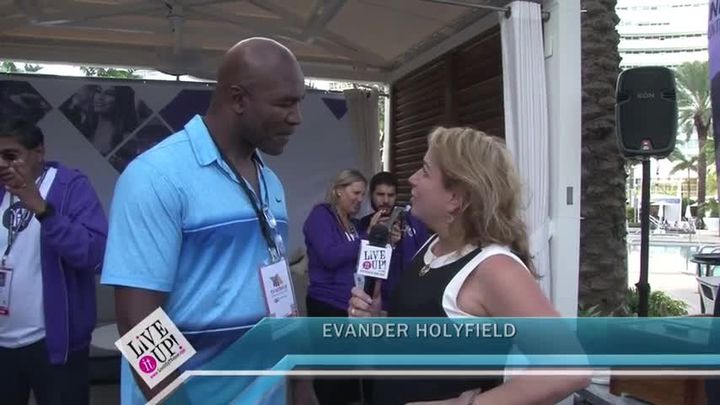 Live it Up! with Donna Drake Boxer Evander Holyfield

Former cruiserweight and heavyweight world champion Evander Holyfield retired with a 44-10-2 record (29 KOs). Holyfield was part of some of the greatest heavyweight title fights of the 1990s, including memorable victories over the likes of Mike Tyson, George Foreman, Larry Holmes and others.

Speaking on getting into boxing, Holyfield noted that it made him the person he is today. "It was my momma who helped me not quit...[she] kept me on the path" says Holyfield. A successful path at that, he had the dream of boxing since 8 years old!