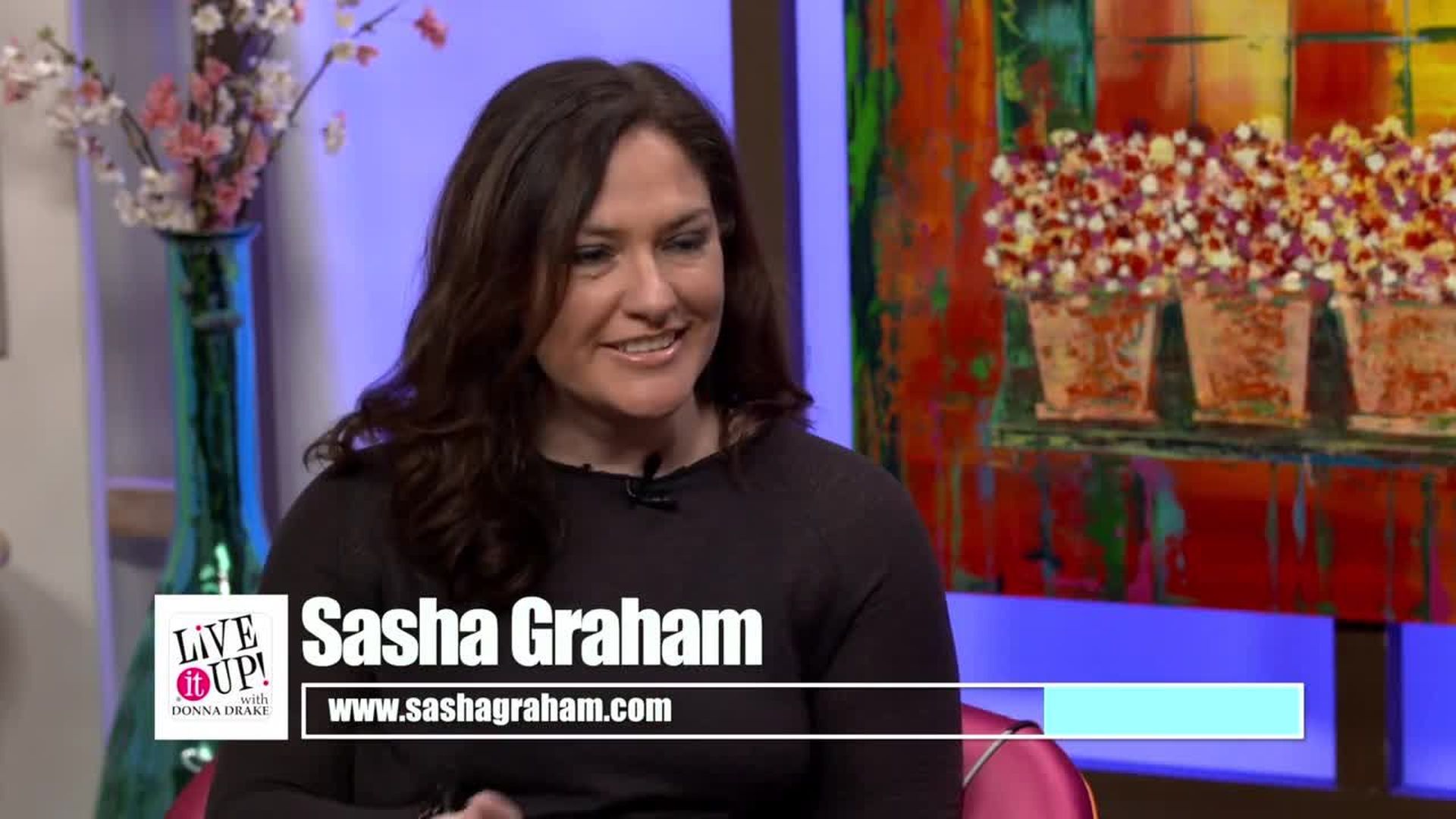 Live it Up with Donna Drake and Sasha Graham, Tarot Diva, Enchanted Kitchen

Sasha was born just after midnight on a chilly Halloween night in NY's Adirondack Mountains. She lived all over the Unites States with her eclectic family from dusty Iowa pig farms, to craggy Colorado canyons, from Vermont's lush Green Mountains, to fertile New Jersey produce farms with many random stops along the way.

Sasha received a BA in Literature and Religion at Hunter College and began her tarot work. She joined the Tarot School and opened a private reading practice. Sasha quickly found work with the fashion and media set, becoming a staple at Fashion's Night Out and serving clients such as Burt's Bees, M. Missoni and Christian Loubouitin.
​
Sasha conceived and produced tarot events The Metropolitan Museum of Art and The Morgan Library. She brought the tarot community behind the scenes with curators and educators. Rare Visconti, Marseille and Minchiate cards along with uncut Italian card sheets were unveiled. These treasures, previously shuttered in museum archives and unavailable to the public were examined and considered in a modern context.
​
Sasha is proud of her Tarot Outreach Program. Sasha's first ever tarot outreach was developed for New York City's at-risk, inner city youth. Sasha worked with young adults transitioning out of the foster care system by using tarot and symbol to nurture personal intuition. She taught that trust in oneself can be rebuilt. This trust can be used to empower youth who were robbed of stability and security.
​
Sasha teaches tarot classes, speaks and lectures around the world. Sasha and her work have been featured in documentaries and media outlets such as Sirius XM Radio, The New York Times, The New York Post, Inside Edition and she was the first tarot reader to ever be featured in the cover of Crain's New York Business. Sasha is a SheKnows contributor. Sasha appeared as a regular guest on the WPIX Channel 11 Morning News, reading tarot on pop culture topics and celebrities and wrote a weekly Tarot column for Marie Claire.
​
Sasha's work has been translated into Chinese, Italian, French, Spanish, Polish and Portuguese. She is the author of Llewellyn's Tarot Diva, 365 Tarot Spreads, 365 Tarot Spells and served as editor and writer of Lo Scarabeo's Tarot Fundamentals, Tarot Experience and Tarot Compendium. She has just finished Llewellyn's Complete Book of the Rider Waite Smith Tarot, hitting shelves in fall 2018. She created her first tarot deck with Marvel and Disney artist Mirco Pierfederici, The Haunted House Tarot with Lo Scarabeo, releasing fall 2018. Sasha's second dark and delicious deck with artist Abigail Larson, The Dark Wood Tarot will be released by Llewellyn in 2019. She is a contributing author of Llewellyn's Magical Almanac, 2020.
​
Sasha partnered with Heyou Media in 2018 to create and host The Enchanted Kitchen, a six-episode short form cooking series for Youtube and Heyou's Mobile. Mini. Movies.

Sasha and her husband and daughter split their time between an old school Manhattan loft and an enchanted farmhouse in the eerily gothic landscape of upstate New York.
Please Visit Enchanted Kitchen Here: https://tarotdiva.wordpress.com/2018/04/04/introducing-the-enchanted-kitchen-with-sasha-graham-an-intentional-mindful-tarot-culinary-adventure/