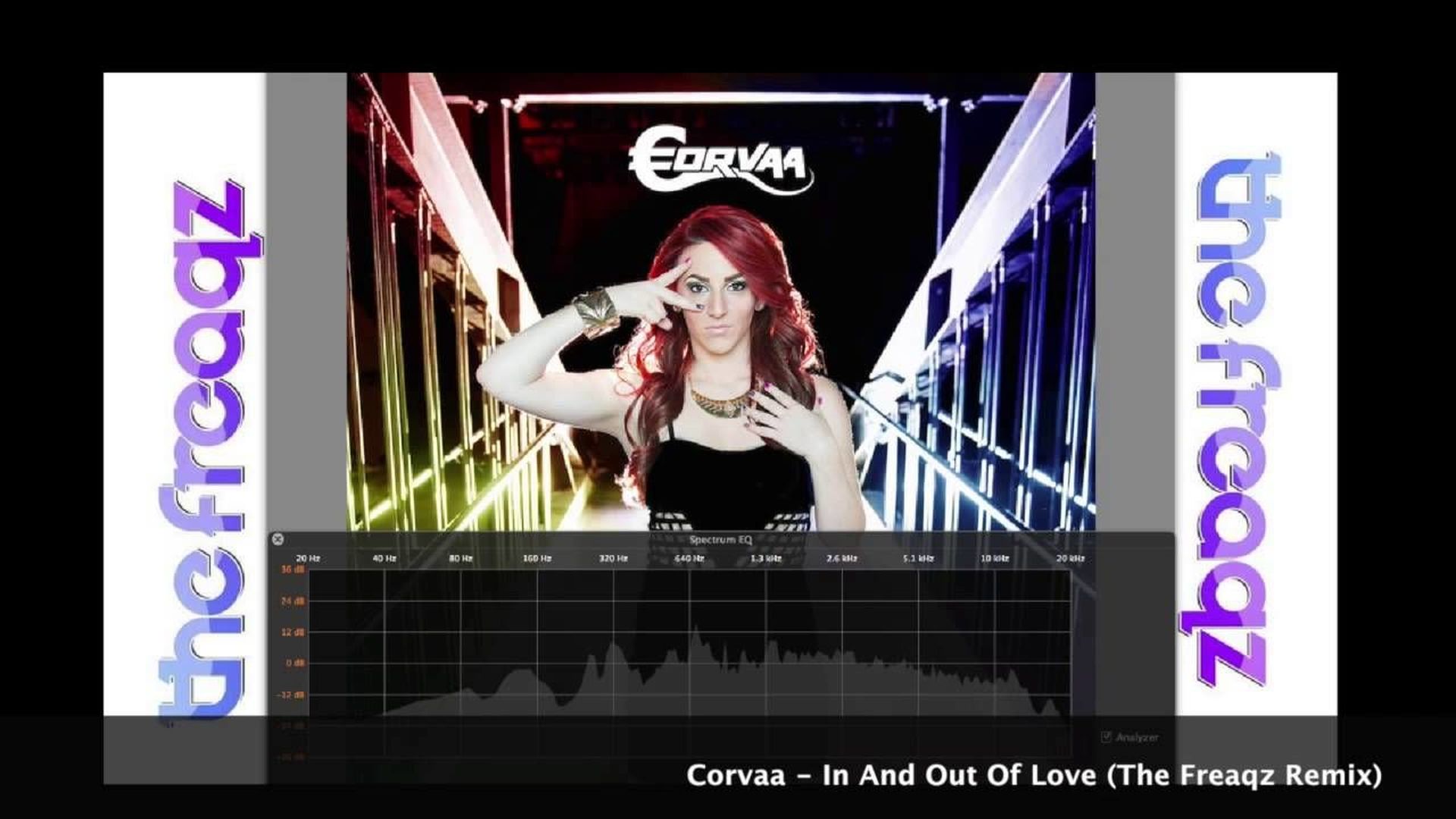 Live it Up with Donna Drake and CORVAA!

Corvaa was born in Piraeus, Greece and was brought to the United States after being adopted at six months old. She was raised in an Italian-American household on Long Island, New York. She first had an interest in singing at the age of twelve and took vocal lessons throughout high school but did not professionally pursue it until she was in her twenties. In December of 2013 Corvaa released her debut EP. Her first single ‘In & Out of Love’ has been well received across the United States and heard in additional countries as well. After she started to gain notice through social media she was nicknamed the ‘Chameleon Vocalist’. This stems from her many different looks and vocal styles over the past several years.

Corvaa has continued by releasing singles which include her well known record: Zipper. This track gained attention in different digital write up’s and blogs. After learning about the industry and feeling out different genres she felt an urge to complete her first album. “I do not like to be predictable in my approach towards music. Whether it’s altering live performances, switching my looks, or experimenting in different genres, it is important to me that you are continuously curious and intrigued.” If her musical capabilities weren’t versatile enough she often refers to herself as an entrepreneur. “I’ve been pursuing music for the past five years and throughout my journey I noticed a lot of things I did not like on the business side. As a female in this industry it’s hard enough to advance but more importantly to be truly respected for what you do. That was when I decided to take control of my own career and oversee every part that goes along with it. In order to get to where you want to go, sometimes you need to become the leader and march to your own drum.” In addition to being a singer, songwriter, and, rapper, she is the owner of Corvaa Music LLC, earned a BA in Communications with a specialization in Public Relations from Lynn University and graduated with honors, auditioned and was accepted into John Robert Powers in Manhattan, auditioned and was accepted into Nine9 NYC, was cast as a lead on an episode of Flaming Greek for Foodie TV, interned at Rogers & Cowan NYC, auditioned and was accepted into RAW artists New York, writes a blog featured on LinkedIn, scouts for talent, does marketing, networks, assists other up-and-coming artists, etc. Corvaa recognized that while a team is crucial no one will implement her vision better then herself.

With the release of her 2018 debut album, Movin On, we are impressed with Corvaa’s diversity. Movin On incorporates Pop, Dance, Classical, House, Hip Hop, Rap, Rock, and R&B. Despite each track having its own message and blend of genres, the project comes full circle for her voice. Whether you take a liking to her soft falsetto on Stay With Me, feel the attitude on Eraser, or get hooked on the catchiness of her title track Movin On, it’s clear how much she’s grown as an artist. In addition to great songs Corvaa came up with the majority of vocal melodies and lyrical content herself. Love her, hate her, or something in between, there is no denying the clear message of her album: Maturity. We are looking forward to the rest of her evolution and to see where the more refined sound takes her.