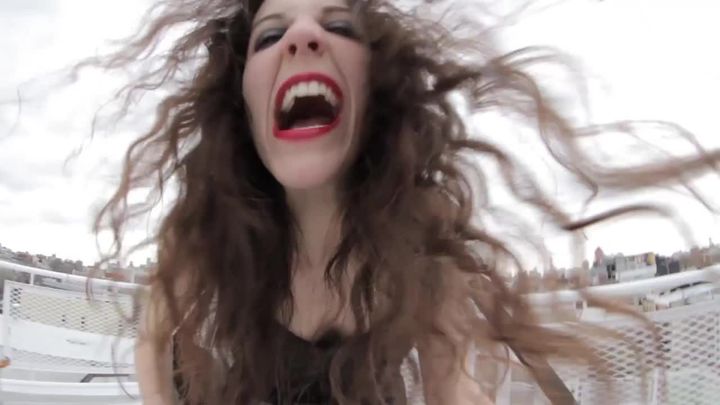 MTV News writes: "Directed by Raber Umphenour, “Jaw” (taken from XNY’s forthcoming Orange album), features Autuori and Schrieiber rocking the EFF OUT on a freezing cold-looking NYC rooftop. And though “Jaw” would certainly qualify as a pop song, its moody undertones are visually matched with an equally overcast sky, a wild-haired Autuori wailing like a much thicker-skinned Ani DiFranco, and a headbanging Schrieiber on drums."