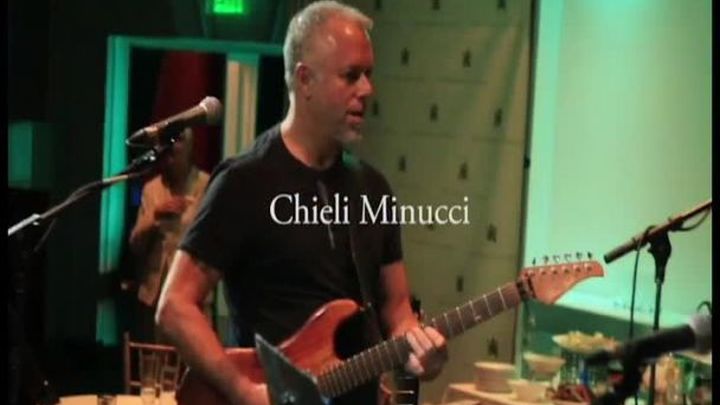 A relaxed and sincere "off the set" interview between Donna Drake and Chieli Minucci. The warm hearted banter is reminiscent of the smooth jazz vibe that Minucci is known for and Donna's genuine delivery of thought provoking questions. They visit at the famous and historic Garden City Hotel. The two talk about Minucci's strong family roots being the son of Ulpio Minucci (concert pianist/composer), highlight some of Chieli's accomplishments along with a reveal of three of his current projects. Thank you to Sara Anne from the Garden City Hotel for introducing the two of them. Later that night Chieli performed with his group Special EFX. Watch the interview for some antics during the sound check.

Minucci was born in New York City and is primarily known as the leader of the Grammy-nominated contemporary jazz group Special EFX. Minucci with George Jinda & Special EFX have recorded 26 CDs, 8 of those being solo releases. Minucci has recorded and performed with top pop artists such as Celine Dion, Lionel Richie, Jennifer Lopez, Jewel, Mark Anthony, Jessica Simpson, Anastacia and others, as well as jazz artists. Also known as a composer for television and film, Minucci was nominated for several Daytime Emmy Awards and has won three, in 1998, 2007, and most recently in 2008, for his compositional work on CBS's The Guiding Light. He has written music for well-known programs such as Good Morning America (theme), Bloomberg Radio (theme), Access Hollywood, The 700 Club, and others. Minucci composed and produced the soundtrack for the two Live Nation/Nickelodeon live stage productions of the hit TV series, Dora the Explorer (both "Dora's Pirate Adventure" and "The City of Lost Toys"), which are currently touring internationally. He also wrote and recorded songs for the live stage production of the long-running British children's television show, Thomas & Friends Live! - 'Thomas Saves The Day!' and 'A Circus Comes to Town'. Minucci's "Kickin' it Hard" is also featured as the prime hold music on Verizon's conference audio bridge system. Some information provided by Wiki.