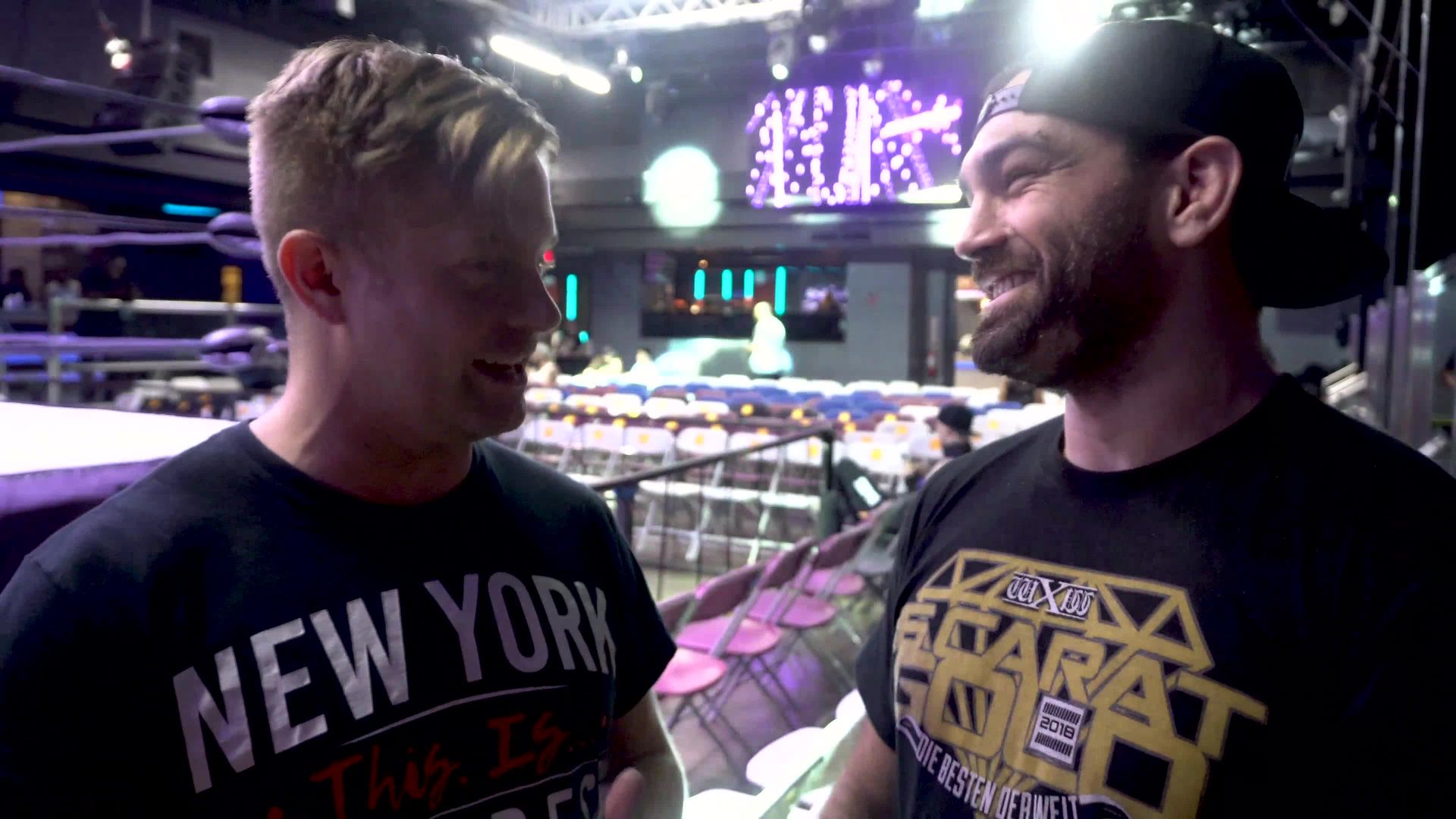 FanBolt sent their chief wrestling analyst Brendan Sokler to PROGRESS Pro Wrestlings show in Queens at La Boom to uncover what on earth is British Punk Rock Pro Wrestling. He interviewed the best and brightest of the British scene... including an American. We spoke to one of the shining stars (pun intended) before his tag team match with Boo Bear Jack Sexton in the Thunder Bastards Tag Tournament. That man is David Starr.

Now whats a Thunder Bastard Match? Who is David Starr? What is British Pro Wrestling? Whats the life like as an American as an international sensation traveling the globe? WELL CLICK THE DANG VIDEO AND FIND OUT!