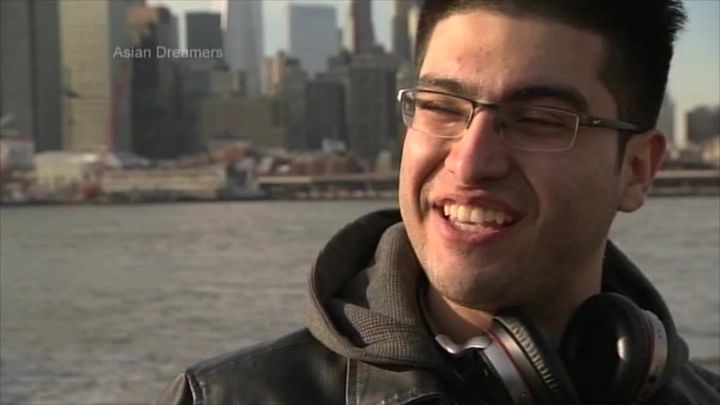 Distressed by the fact that hip hop music is illegal in his home country of Iran, aspiring music producer Arash Izadi finally arrived in New York last year as a refugee. In the birthplace of hip hop music, his new journey has begun. He's producing a song with a local rapper. Titled The Refugee, it's close to his heart, as the melody and the beats remind him of the time he spent being a refugee. This is an NHK World TV documentary. CAMERAMAN: Robin C. Adams