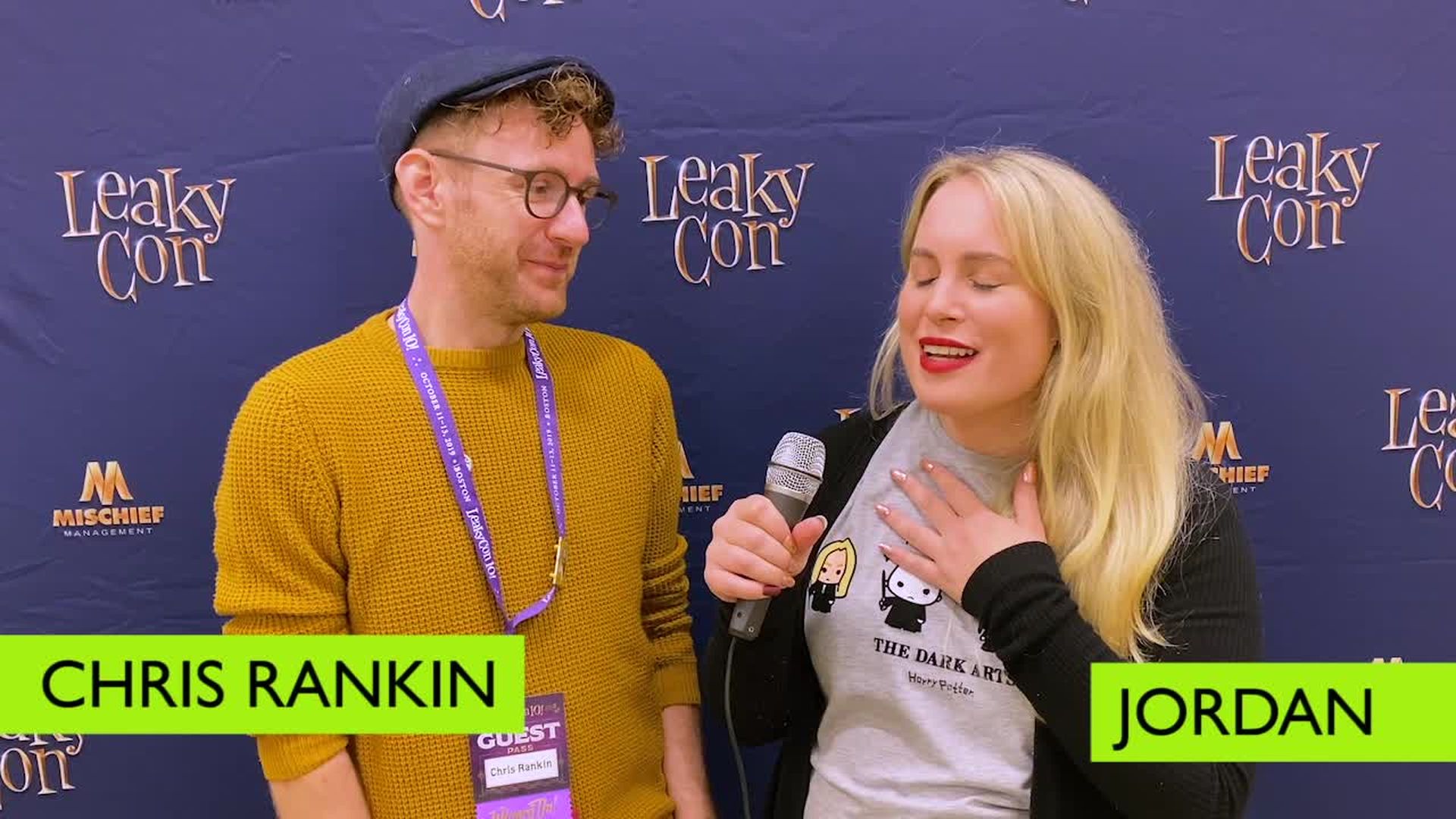 Hey everybody, it’s Potterhead Jordan. I’m here to bring you all the Daily Prophet news happening in the magical Wizarding World. This time around, I’m chatting with Head boy Percy Weasley himself, Chris Rankin, who I met at LeakyCon this past October.


Chris was decked out in Hufflepuff colors since he had recently discovered in the new Wizarding World App he’s now a RavenPuff instead of strictly Ravenclaw thanks to their new quiz. Which is a happy circumstance since he’s also a huge fan of Puffs the Play. Side note; I covered ‘Puffs’ in the past here on FanBolt (See the story here). When he’s not chatting about Harry Potter, Chris is busy with his local theater company, Painted Horse, and singing musical theater songs on his Instagram and YouTube Channel That Ginger Bloke. He even collabs with other Harry Potter influencers such as Vegard from time to time.  He spoke about one where they played a Spell Spelling Bee which was full of all the spell puns. Spoiler alert! He might have won.


While I didn’t have much time with him, Chris didn’t leave me without a spell of my own. Equipped with a pair of wands, Percy Weasley gave a masterful swiss and flick. Watch the video below to check out his mad skills.