Felipe Barral is a multimedia storyteller who expresses himself in many ways –through his audiovisual works (documentaries, TV shows, films, digital & social media videos and video/art installations), his music (both as a musician and composer), his art (painting and photography) and his writing (poetry, short stories, scripts and fiction). He is also a journalist with a Masters degree in Philosophy.

Felipe is an Emmy award-winning producer, and has received several awards. Lately he has been a guest speaker in film & TV production conferences. He is a bilingual and bicultural producer creating content both in English and Spanish. He is the Founder, CEO and Executive Producer of his own production company, IGNI Productions, and their digital channel for the arts “thegchannel.com".

As a multimedia storyteller, Felipe specializes in creative, engaging and promotional storytelling for the arts. His cinematography and editorial point of view is always outstanding. He has been helping different organizations, institutions and individual to created outstanding content that guarantees engagement in a memorable way through relatable stories. Felipe has collaborated with clients like: The Atlanta Opera, The Museum of Contemporary Art of Georgia, Atlanta Botanical Garden, Arts ATL, Horizon Theatre, CORE Dance, Eyedrum, The Jennifer Walsh, TILA Studios, Atlanta Celebrates Photography, HALO Production, Moving in the Spirit, CNN, DAC Hospitality, Deljou Art Group, Atlanta International School, and many others. 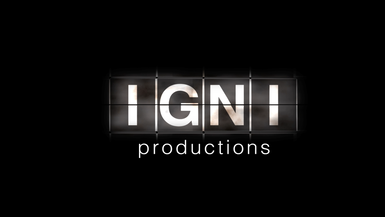