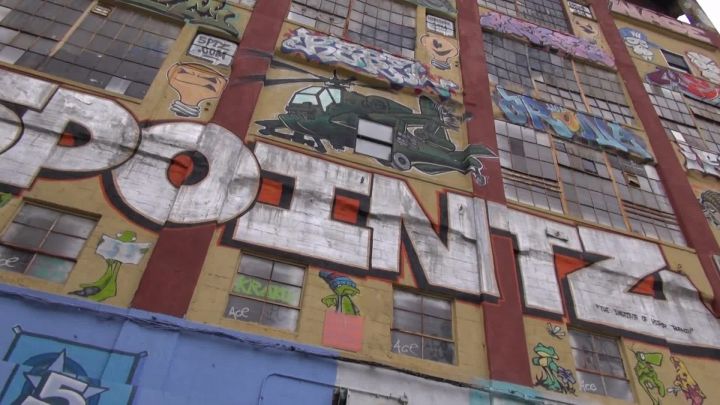 "5 Pointz in 5 Minutes" debuted at the Long Beach International Film Festival (Official) 4th annual 'Shorts on the Beach' August 7th event. Thousands were in awe of the short which showed a piece of NYC that will never exist again.
5 Pointz was a world famous graffiti MECCA where WORLD CLASS aerosol artists shared their best work on the walls of this 200,000 square foot industrial building in Long Island City, NYC.
The site was active for 20 years until the owner of the property received a green light to develop the property.
The filmmaker, Kevin Wood was hired to video tape the entire building inside and out for unknown reasons at the time. The entire building and all artwork was whitewashed 48 hours after the film documentation. reference: http://www.theguardian.com/artanddesign/2013/nov/19/5-pointz-graffiti-mecca-new-york-painted-white Subsequently the building has been demolished to make way for a condo development. The site has been and is still a source of controversy. The artists of 5 Pointz have claimed in a law suit that the developer did not give enough notice to the artists before destroying their works.
The short film stands as a documented digital visual art presentation of the site and the world class graffiti art. Please visit: kevinwood.com